Brewery co-op brings everyone to the table on Loomio 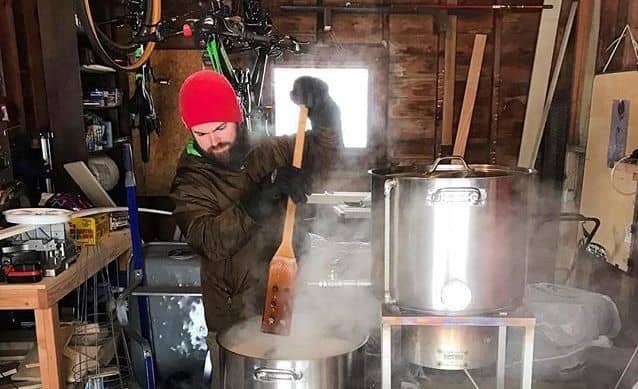 Their mission is to establish the city’s first community-owned brewery.

“We aim to create a hub where diverse community members and groups can meet, share ideas, and organize to continuously improve our collective lives.” – Full Barrel

Over the past four years, the co-op has grown from a small group of local members to a widespread community of supporters with varying levels of involvement. Some people are only interested in receiving updates about the brewery, while others are hoping to be more closely involved in its day-to-day operations and growth.

Matt Cropp, one of the co-founders who acts as the current President of Full Barrel, explains that the organization seeks to maintain a democratic structure that operates transparently, but it has occasionally been a challenge to cater to individual interest levels.

The organization was using several different platforms to schedule events, onboard volunteers and make community-wide decisions, which could be confusing and overwhelming.

Matt says Loomio has helped alleviate this stress by giving them a single hub for communications, engagement, and decision-making.

“All of those functionalities were scattered and difficult to track amongst different accounts. Loomio bundles them all into a single place.”

Matt compares watching community involvement on Loomio to the elation of succeeding in a video game. It’s important to him and the rest of the board that they understand the desires of their co-op, so every piece of input feels like a step toward their goals.

Full Barrel uses Loomio’s decision tools for a number of day-to-day operations from voting on meeting dates to voicing their opinion on important decisions.

“It creates a space for people to practice democratic decision-making on things that are both high and low stakes.” -Matt Cropp

It also allows for people to involve themselves as little or as much as they wish. This makes Loomio a perfect tool for an organization like Full Barrel who is supported by a multitude of stakeholders who are emotionally and financially invested to varying degrees.

Recently, a piece of real estate came on the market that looked like it might be a good fit for Full Barrel. The team used Loomio’s anonymous voting to get a feel for the amount of money individual investors would be willing to invest if they moved forward in purchasing the building. The results provided a clearer image of Full Barrel’s capacities.

Early on, Matt says, he and the other founders bore the burden of building their vision from the ground up.

“When the project was started I devoted a lot of time to it. It was very labor intensive.”

As things progressed, it sometimes felt like the brewery was losing momentum because of the amount of time that was required to coordinate people who were willing to share the load.

“To me, the indication of value was that once we started using this platform [Loomio], we were able to significantly close the gap on that front. It was one of the contributing factors in getting momentum going again.”

Matt hopes the Full Barrel Brewery and Taproom will be up and operational within the next few years, but in the meantime, he can see how the vision itself is bringing people together.

Loomio can help your organization work better together. Click here to start a free trial of Loomio.