How the National Assembly for Wales Used Loomio for Online Collaboration

The Welsh Government’s mission is to “help improve the lives of people in Wales and make our nation a better place in which to live and work”. One of the ways the National Assembly for Wales looks at how effectively the Welsh Government is doing its job is through committees.

It’s important that the National Assembly hears from a wide range of people affected by the decisions the Welsh Government makes. Traditional approaches tend to encourage a response from a select few who are already very well engaged with the political process. In order to engage with more diverse audiences, different approaches are needed.

The work of Assembly committees has evolved significantly in recent years. People still write to the Assembly to give their views on specific issues, and individuals, organisations and charities still attend formal meetings with committees at the Senedd, to be quizzed by Assembly Members. But citizen engagement is starting to evolve, using new tools like Loomio.

As part of the Health and Social Care Committee’s inquiry into alcohol and substance misuse in Wales, we facilitated engagement between the committee and service users and providers, who otherwise would not have contributed to the inquiry. One of the ways we’ve tried to make it easier for people to contribute is by using Loomio.

We set up a Reference Group including service users and providers. It met once at the start of the inquiry to help shape its direction and focus. The plan was for it to meet once more toward the end, to consider all the issues raised before the committee produced a report outlining recommendations.

Then something interesting happened, and our original plans changed.

Having gathered feedback after the first reference group session, participants felt that they needed more time with the committee to discuss the issues.

Citizens responded very positively to the constructive engagement achieved in the first meeting. They wanted more. In their feedback, participants said how much they valued networking and being able to discuss these issues with other service users and service providers from different parts of the country. 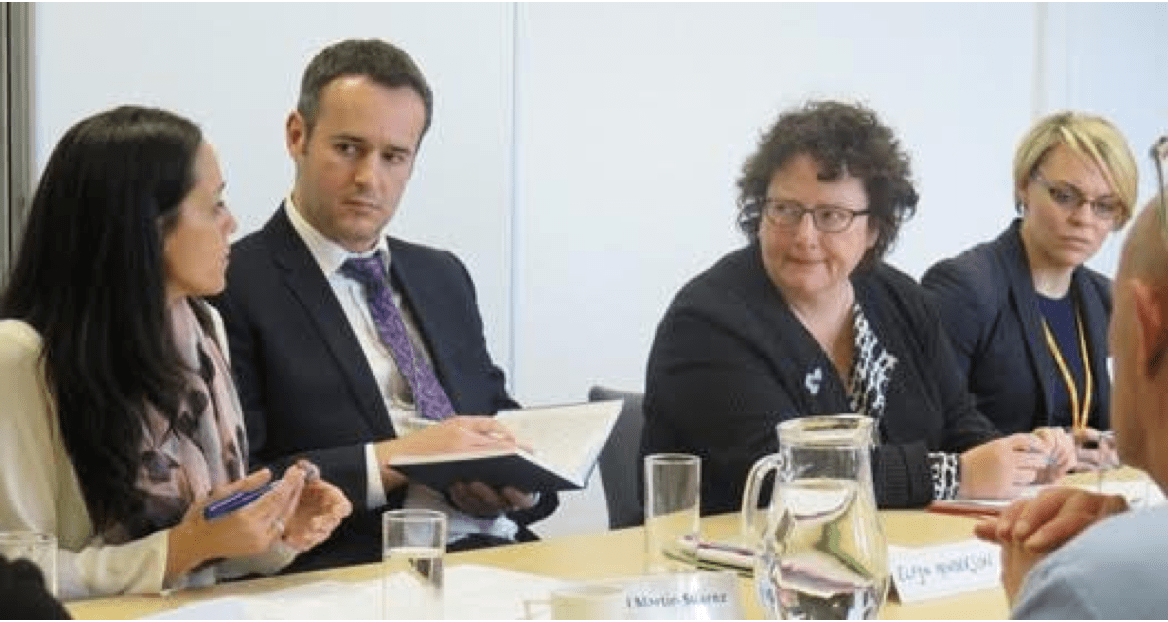 We couldn’t get as much time together in person as we wanted. So we thought, why not continue collaborating online?

After looking at different available tools, we chose Loomio. One reason was that we could customise the settings to fit our specific need. In our case, we used the Participation Permissions options to turn off the voting function, and focused on the discussion feature.

Another key issue for us is bilingualism. We needed a tool that could accommodate our needs, and Loomio was up to the task. Because the description and context fields are user-defined, and don’t have strict character limits, we could include information in both languages. This wasn’t possible in other tools we came across.

We presented the idea of using Loomio to the other officials working on the inquiry and to the committee chair, showing them the introductory video to help explain what it does. How could we could use Loomio to make the experience of interacting with the committee more rewarding and effective for the service users and service providers?

We also talked about how the committee had limited capacity and other inquiries to focus on. We needed a way to communicate with participants that was feasible with our capacity, and would lead to making the best of the second reference group meeting (which again would have time constraints).

We developed a consultation plan to use online, through Loomio, that met all our requirements – balancing limited time capacity with the opportunity for more and better connection with citizen stakeholders. 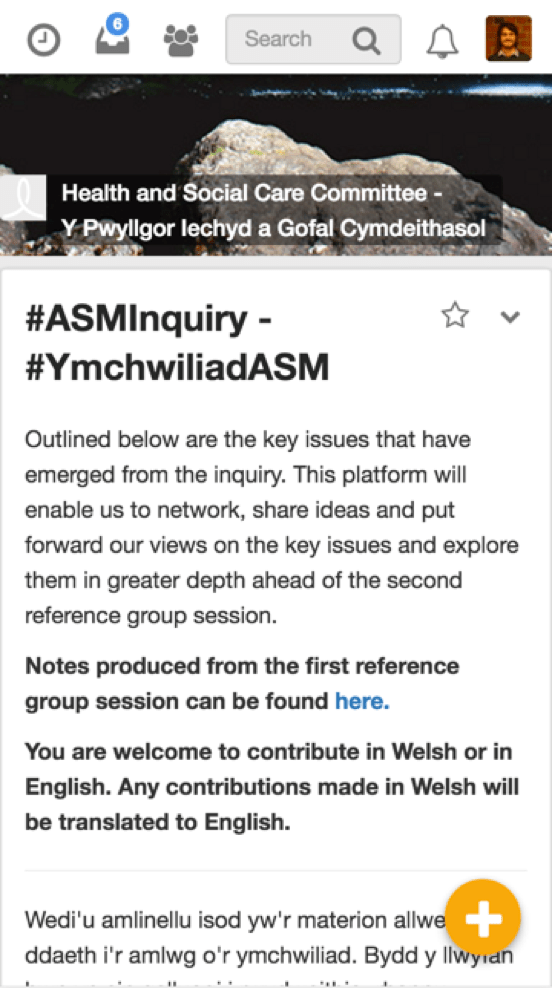 We created opportunities for participant discussion in five thematic chunks. For each, we started with a summary of what the committee had heard, and asked the service users and providers to provide their thoughts and ideas. We repeated this process with the other themes until we had covered the breadth of the inquiry.

One aspect that made the feedback quite rich was that it wasn’t just one way – the participants were talking to each other as well as to us. They used Loomio to tell us what issues they had experienced, and what they wanted the Welsh Government to do about it.

We encouraged people to interact and expand on each other’s points of view, to understand where they were reaching a consensus and where there was a need for further discussion.

The comments from Loomio shaped the discussion at the second reference group meeting, allowing more time to focus on issues where further conversation was required, and less time on things where agreement had already been reached online.

This session took place immediately before a formal public meeting between the committee and the Welsh Government Minister, which participants came to watch in person. Both the participants and the committee felt they were able to cover more ground in a shorter time than they did at the first session.

Despite the fact that the second session with the committee was the same length of time as the first, no one complained about not having enough time to discuss the issues. Participants said they felt the online engagement had enabled their offline discussions to be more focused.

What Loomio Helped Us Do

Overall, using Loomio to augment our committee sessions enabled us to improve satisfaction and effectiveness of the engagement process as a whole.

Thinking of doing consultation online? Start your own Loomio group!