Who needs a boss anyway? 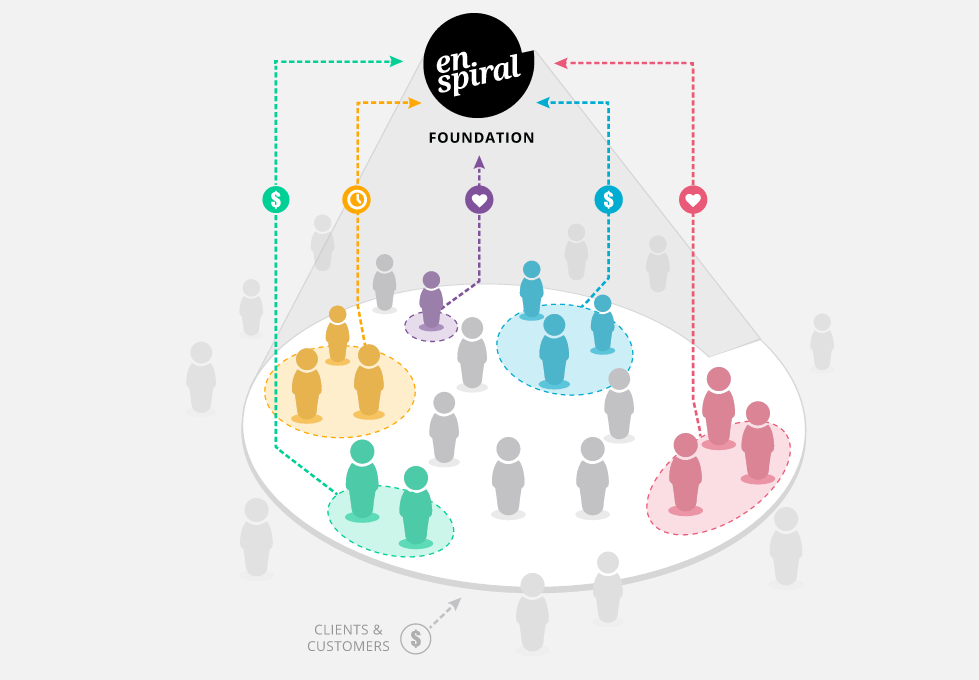 Enspiral is a collective made up of individuals and companies that use the tools of business to create scalable social change. It’s mission is to get more people working on stuff that matters.

“Powerful things take place when like minded people connect, we've seen this repeatedly, where conversations spark ideas, which become projects, that grow into world changing ventures. Enspiral is a virtual and physical network where this happens.”

Because Enspiral is a collective, meaning no bosses, they’ve had to bootstrap their own collective decision-making system. They found that email was too convoluted for important decisions, and face-to-face meetings too time-consuming. This left just a few people feeling like they were always making the decisions.

Enter Loomio. 18 months ago, Enspiral helped found Loomio, and has been using the tool ever since, to help run this complex boss-less organisation without compromising on effectiveness.

One of the most involved Loomio discussions they’ve had to date was about how to fund an internal piece of software. In a network of 150 people, everyone wanted something different. Over the course of a long discussion, a succession of four proposed solutions emerged – three ideas had to fail before the group came up with the right answer. It was an investment for everyone to engage at the time, but the result was this controversial issue ended up with a solution everyone deeply understood and agreed with.

In fact, when the policy was reviewed a year later, everyone was still happy with it, because they could see the development process. Having the history documented meant that anyone who didn’t recall or wasn’t in the network at the time could easily see why the decision went the way it did.

“We couldn’t run Enspiral without Loomio. It means that efficiency and participation isn’t a zero sum game for us – we can have both. And because we are a business and a collective, we absolutely need both.” Alanna, Coordinator @ Enspiral

For a group committed to being a collective, they were able to move from 1-2 people being involved in decision making to 30 regularly engaged on core issues, and an even wider array of people participating around specific issues that relate to them. All 150 people have the opportunity, whether they act on it or not, to have their voice heard.

Having Loomio saves the time spent in meetings and dramatically cuts down the cost of coordination. The entire collective of 150 people in 12 companies is coordinated by just one part time person, who focuses on facilitating discussions and delegations to others around the network.